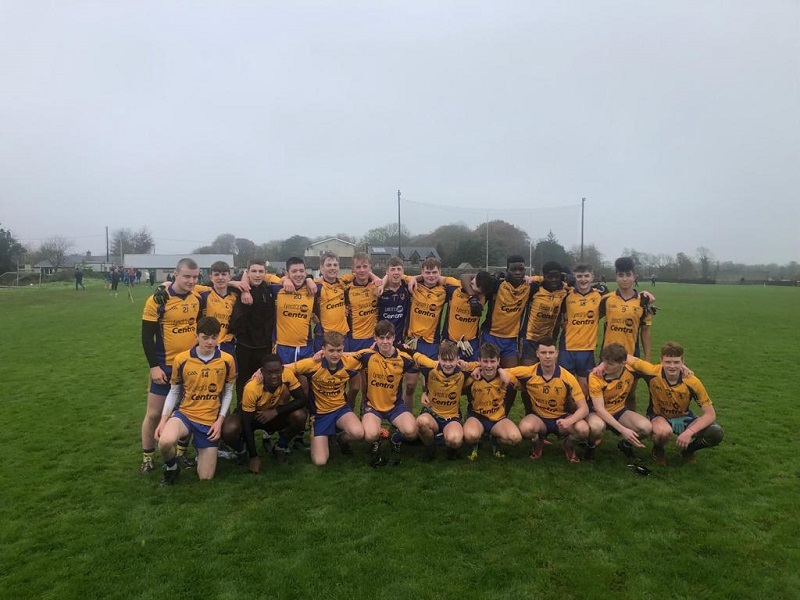 Our minor footballers finished strongly in the Minor B championship Semi-final to secure the narrowest of wins over a strongly rated Clooney-Quin on Saturday.

Banner dominated the first half and led from early on helped by a well taken Sean McMahon goal and this was all that separated the teams at half time.

Clooney-Quin who had home advantage and had beaten the Banner comfortably just a few weeks earlier, started the 2nd half stronger with Jack O’Neill calling the shots and they led going into the last quarter with some wonderfully taken points.

Immediately after the last water break the home team goaled to lead by 6 points and looked good for the win . However, this Banner team showed real bottle & belief. No heads dropped.

When a long range free came back off the upright it was Bryan Gannon that reacted first and he turned to kick a great point. The momentum shifted, and the Banner got back on top. The last few minutes were played in the Clooney-Quin half.

Following the introduction of Cian Cullinan with 10 minutes to go the Banner threat up front increased and Liam Hughes slotted home 2 well taken goals with the winning goal set up by Cullinan with a super first time dink to Hughes whose finish was sublime.

The County Final is set for the weekend of 27/28 Nov against fellow Ennis club Eire Og.