Quarter Final win for U14 Hurlers 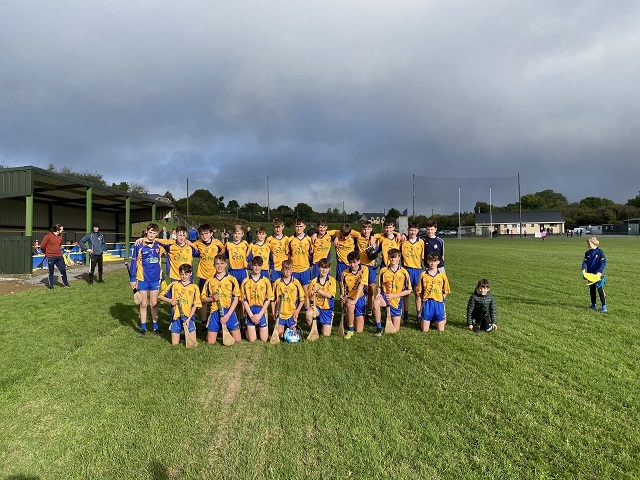 The Banner Ennis under 14 hurlers had a comprehensive win over Crusheen-Tubber in the quarter-final of the u14 hurling championship played at the Banner Grounds this morning. The Banner side were physically stronger but Crusheen Tubber had plenty of skillful and fast hurlers around the pitch. In the opening half the Banner got off to a good scoring start. In attack, to the fore were Captain Scott Kelly, Cailum Henchy, Paddy Molony and Finn Duignan who all picked off fine scores and linked up well with those around them. At midfield the partnership of Ben O’Halloran and Conal O’Reilly won their battle in the middle and covered a lot of ground from start to finish, winning lots of possession and making good use of the ball to setup attacks. Eoin Fitzpatrick at Centre Back gave a towering performance, fielding lots of ball and repeatedly delivering intelligent clearances to his forwards. In the fullback line Caleb Walsh, ably supported by his younger brother Ethan and Keelan Bane all gave dominant performances. All of the subs were introduced and did very well, all putting their hands up for selection later in the competition and giving the coaches lots to think about. The Banner are now into a semi final where they will play Wolfe Tones Shannon in 2 weeks time. Hard luck to Crusheen Tubber they fought gallantly to the end. They had lots of young skilful hurlers and were unlucky not to add to their goal tally. Best of luck to CrusheenTubber now in the Shield competition.

Best of Luck to Minor Footballers in Championship Qrtr Final

Best of luck to our minor footballers in Minor B Champion...

This message is a reminder to everybody associated with t...