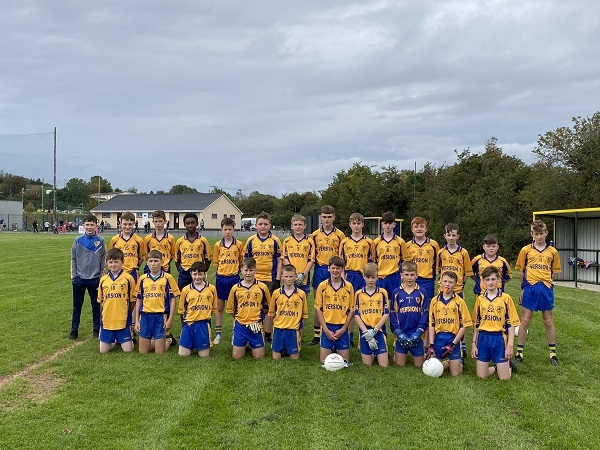 Best of luck to our Under 14 footballers who take on Kilmurry-Ibreckan in the Championship County Final this evening in Kilmihil at 6pm. The team are undefeated in the Championship so far having defeated Clarecastle, Kilfenora/Liscannor/ Michael Cusacks amalgamation and Kildysart in the semi final. Kilmurry-Ibreckan will be tough opposition as they are also undefeated in the championship games so far. Unfortunately the game is behind closed doors due to the restrictions.

If you wish to attend the Junior A Hurling Championship Q...

U13 Footballers exit at 1/4 Final Stage after great Campaign

Good Luck to U15 Hurlers in Championship Semi Final

Best of luck to our Banner GAA Ennis under 15 hurlers who...

Time and Tickets for Junior A Football C'Ship Final

Junior A Football championship Final: Ticket and time up...

U13 footballers First Round win over ClooneyQuin

Congrats to our u13 footballers who has a great start to ...