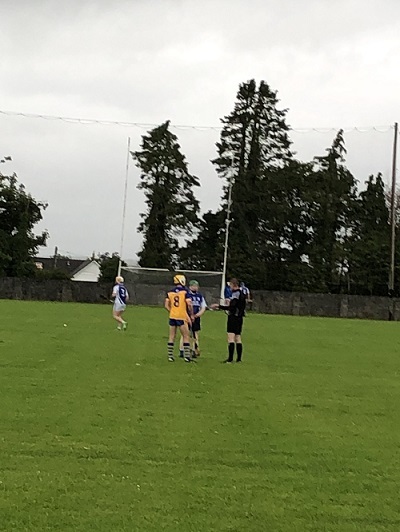 Our Junior Hurlers opened their Championship campaign last night with an impressive win versus Kilmaley. the game was played in Clareabbey in wet and greasy conditions. Kilmaley raced into a 2 point lead but the Banner balanced it up after 6 minutes. In the remaining period of the first half the game pattern changed with the Banner scoring four goals in that period to lead by 4-10 to 0-08 at half time. In the second half the game was much more balanced and Kilmaley battled on. The final score was Banner GAA Ennis 4-21 to Kilmaley 1-15 in this all or nothing knockout contest. the Banner will now face Tubber in the next round of the Championship. There are 20 teams in this championship, 16 now remaining after last nights matches.