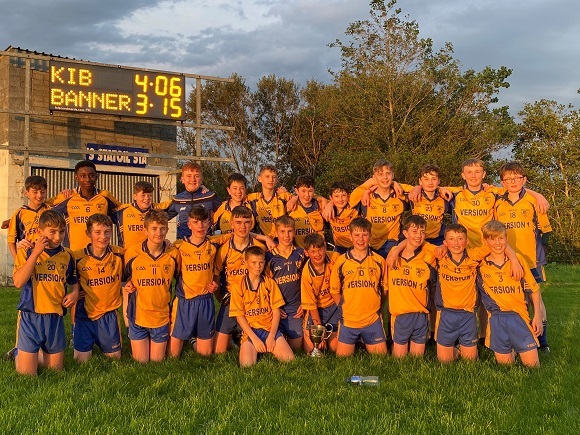 The Banner GAA Ennis Under 14 Football team who were crowned Division 3 County Champions last night following a 3-15 to 4-06 win over Kilmurry-Ibreckan in the Championship County final played at Kilmihil.