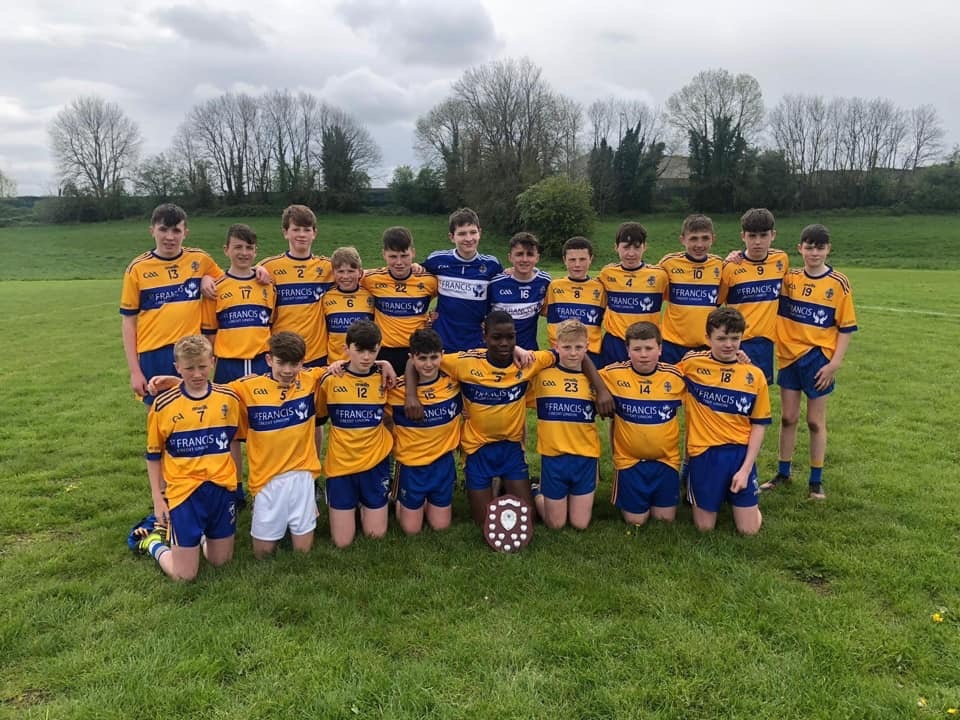 Congratulations to Rice College Ennis, U14 Rice Cup Hurling team who won the Rice Cup Shield last week, defeating Limerick side Ard Scoil Ris in the final. The team was captained by our own club man Fuhwad Akinwale (pictured with the trophy in front of him in the photo) and our other club representative on the team was Liam Hughes who is also a key player on our Banner club u14 side. Liam is in the front row of the photo second from the left. Congratulations Fuhwad and Liam and Rice College teacher Pat Devitt who is involved with the school team and also one of the coaches with our Banner adult Junior Hurling team. Well done to all.