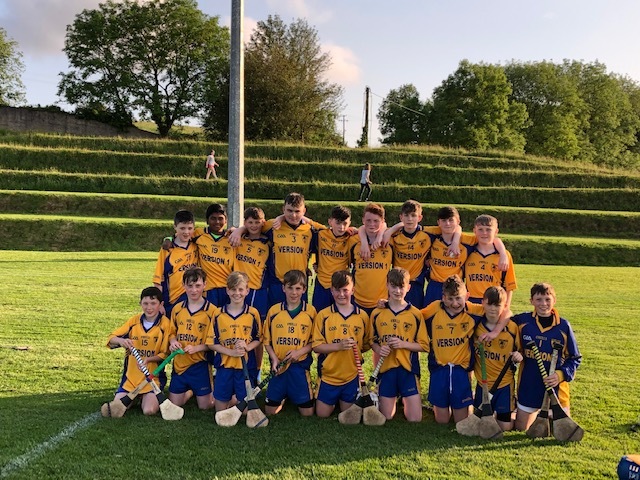 Our under 14 hurlers went into tonights championship quarter final fixture as firm underdogs. The game was fixed in Tulla versus Tulla and 3 weeks ago Tulla were victorious in the group stages with a 10 point victory. However on this occasion the Banner boys dug out a tremendous battling performance to win the game by 7 points and qualify for a semi final versus Broadford, most likely in 2 weeks time.

Tulla raced into an early 4 point lead and lead by 1-01 to Nil after 5 minutes. But the Banner lads got to grips and gradually picked off their points with Ronan Kilroy, Conor O'Toole, Sean MacMahon, Ben Smith all starting to dominate. Ten minutes before half time, Liam Hughes ran at the Tulla defence from deep and scored a great goal. At half time the Banner lead on a scoreline of 1-08 to 1-03. Kilroy and MacMahon in particular were immense in the first half.

Despite playing into a breeze in the second half the Banner lads spirit and work rate never died and every time Tulla got a score , the Banner typically responded with a score. Ronan Kilroy and Sean MacMahon very accurate from frees and the second half goals coming from Liam Hughes again and Fionnan McManus.

On the night 8 under 12 players featured for the Banner side, but their courage and team spirit made up for what they lacked in size. Throughout the field the Banner had too many good performances to single people out, there were great displays in every position.

The team on the night was: