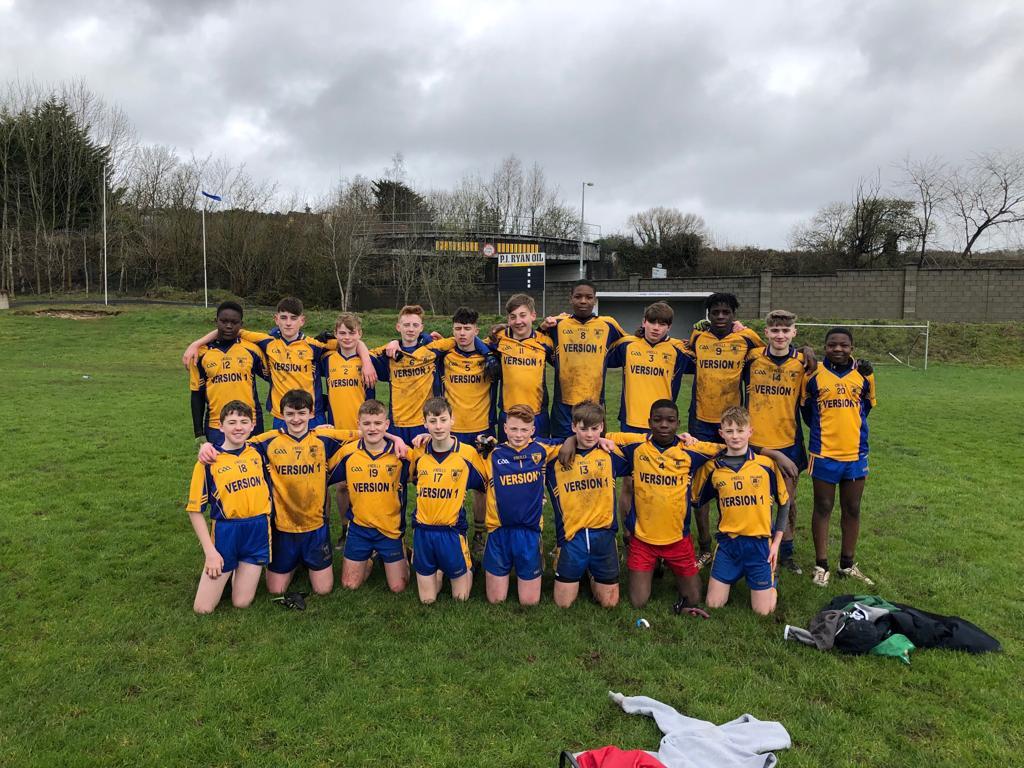 Hard luck to our under 16 footballers who were knocked out of the u16 football championship last night at the semi final stage having been beaten by Wolfe Tones. The Banner side gave a hugely spirited performance and in the second half battled back from an 11 point deficit to get the difference back to 1 point with 10 minutes to go. Wolfe Tones extended the gap again and pushed on to the final whistle. Our under 16s have given some brilliant performances over the course of the football championship. Although players and mentors were bitterly disappointed after last nights game, making it to the semi final stage and proving extremely competitive against the competition favourites has been proof that the group have developed very well both individually and as a team. Many of the lads will now be knuckling down for a few weeks prep for the Junior Cert and we wish them the best of luck for that and thanks for all the great entertainment that they have given us over the last 4 months. In the summer most of the lads will be busy preparing for the u16 hurling championship. Hard luck lads but well done on a great championship campaign.